Do you have questions and concerns about generic pharmaceutical manufacturers NOT located in North America that make the generic hepatitis C medications we sell?

Well you’re not alone, especially if you’re a US citizen who’s been bombarded by Big Pharma propaganda!

Let’s start with this. One of our generic versions of Harvoni, Resof L (ledipasvir/sofosbuvir), is made by Dr. Reddy Laboratories in India.

According to drugs.com, Dr Reddy’s currently has 118 FDA approved generic medications being sold in The United States! 118! See which products of theirs are currently on pharmacy shelves in The USA:  Dr. Reddy’s USA Products.

Still concerned that a billion dollar Indian company listed on The New York Stock Exchange is producing substandard or “fake” medications? If so, how would they possibly be approved to sell 118 drugs already?

Drug prices in The United States are the highest in the world.

Why? Not because of research and development costs. Because of greed and because Big Pharma as the US government in their back pocket.

Why are brand name prescription medications in Canada hovering around 50% cheaper than the US? Because The Canadian Government regulates prices that manufacturers can charge.

And why are prices even cheaper in Europe and the rest of the world? Because most governments respect the rights of citizens to access affordable medication. It’s that simple!

Big Pharma would have you believe that any medication made outside of The USA is not safe. This includes medications in Canada, Great Britain, Australia etc, never mind Asia and India.

Canadians seem to be doing just fine with their meds, as does the rest of the world. If the medications outside of The USA were substandard as the FDA and Big Pharma would lead you to believe, why do these same pharmaceutical giants have presence globally? Why do they sell their exact same product in other countries much cheaper than in The USA? Because they’re heavily regulated everywhere but The USA!

All of the hepatitis C medications we sell are made in facilities approved by USFDA and they all meet or surpass FDA standards and GMP (Good Manufacturing Practices.)

These are extremely large companies we deal with. Dr Reddy Labs has 32,000 employees! They’re not working out of some back alley in the middle of a desert!

They have state of the art facilities.

In India, the government can grant licenses to local pharmaceutical manufactures (like the ones who make our products) which allows them to override patents and make cheaper versions of drugs developed by big Western drug-makers (Big Pharma.)

India can grant these licenses under certain conditions, including public health emergencies, to ensure access to affordable drugs.

They received the first license in 2012 to sell a copy of Bayer’s (a German pharmaceutical giant)  cancer medicine Nexavar,  at less than a tenth of the price.

In India, the current average monthly wage (converted to US dollars) is about $350. That’s about $4,200 each year.

Without the ability to produce lower priced generic versions, how many people could die?

US citizens earning an average of $4,200/month can’t afford a medication that costs $90,000 so how is it even remotely possible that people in less fortunate countries could even think about buying brand name Harvoni?

Don’t buy into the propaganda.

Remember, our generic manufacturers in India are billion dollar companies, just like the ones in North America. They have state of the art facilities that are FDA approved because they sell FDA approved generics in the USA when brand patents expire. 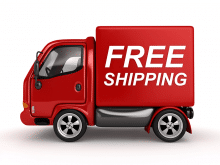 I heard of this site from my doctor who actually cares about his patients. Ordered 3 bottles of Resof L. Have been on for 2 and a half  weeks and I'm speechless. I feel better already.